After break-down of Soviet Union, Cuba, its alley, went through energy crisis. Cheap fossil fuel supply it received from Soviet Union in exchange of sugarcane, suddenly stopped. Acute energy crisis led to food crisis. Scarcity of fuel made it difficult for farm produce to be sent to the cities. Per person calories intake compared to 1980, dropped to half by 1993. Nation was ravaged with hunger, angry demonstrations. What is the situation today? Per person calories intake is back. Overall health of the population has improved. Obesity is down. How? High literacy rate, necessity to find solution due to crisis, led Cuba to explore some uncharted territory. Since it was not possible to transport food from farms to urban areas, it became imperative that urban areas grow their own food. Thus, began the concept of urban farming. Supply of cheap chemical fertilizers from Soviet Union dried up. Thus, organic farming was the obvious option. Do read this very encouraging and thought-provoking case-study on Cuba Organoponics. https://www.rapidtransition.org/stories/the-post-cold-war-cuban-food-experiment/ “Grow your own food” movement is on the rise in various cities in India. Being a tropical country, we have following advantages,

It will not be long, when a satellite view of our cities, will show green rooftops all along.

Do go through blogs about these wonderful, determined individuals who have converted their terraces, empty plots, school terrace, area around their house, in the society, into beautiful urban gardens. How to create Garden series, 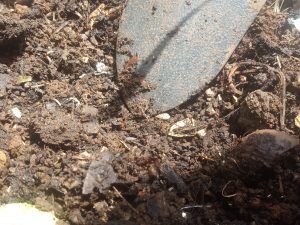 Introduction From time to time you will observe some insects in the compost. This is the stage when you would worry something has gone wrong. Then, there are our skeptical family members and neighbors who give you "I told you so" looks. They add to your concern. Family members are ...
Read More 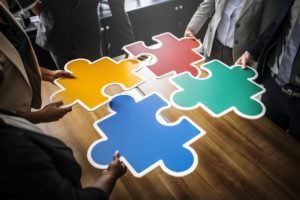 Let us create plan for you

If at this stage you are not confident of creating your own plan, don't worry. We will help you. Just fill in this form below. Let us know some details of your area. And we will create a plan for you. Give us a week to get back to you ...
Read More 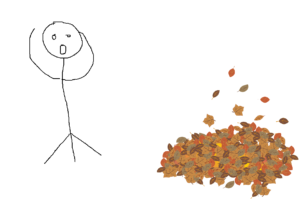 Create your own plan

Do you want to manage dry leaves within your premises? Use this template to create a plan for yourself. Don't worry, it is not as difficult as it sounds. Use these pointers below, check what is applicable to you and create the plan. For composting method, use our comparison chart ...
Read More 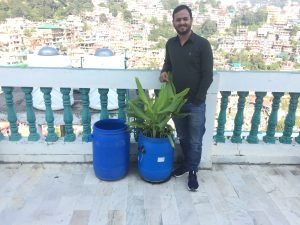 “I saw brown leaf story on YouTube echo India and I was very happy to see what you people are doing. Today I planted one bamboo plant on the occasion of dushera. It’s been 5 years I haven’t burnt any crackers. I don’t want to burn crackers and spread air ...
Read More 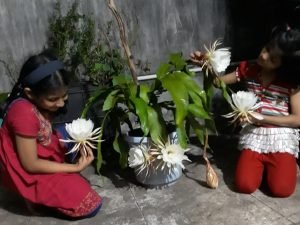 How to create garden, Part 11

Dr. Sarika Tiwari, Pune Here is why and how Sarika started garden Meet Dr. Sarika Tiwari, a homeopathic consultant by profession. A doctor and mother of two, Sarika feels that “Grow your own food” is the need of time. She was concerned about toxic chemical pesticides used on fruits and ...
Read More 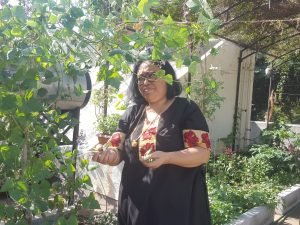 How to create a garden, Part 9

Rina Patwardhan, Pune Here is why and how Rina tai started garden Rina has done BSc. and MSc. in Horticulture and PHD in Special genetics and plant breeding. Wow!! Amazing, isn’t it? Asking Rina why she created garden is pointless; she had to 😊. Originally from Assam, Rina is settled ...
Read More 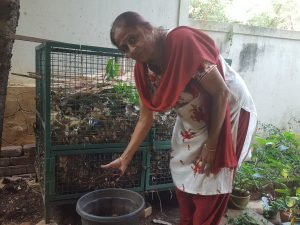 How to create a garden, part 8

How to create a garden, part 8 Anjali Lele, Pune Here is why and how Anjali tai started garden Being a post-graduate in Botany, love for plants, backed up by solid knowledge defines Anjali tai. She has a garden on ground as well as on the terrace in Pune city ...
Read More 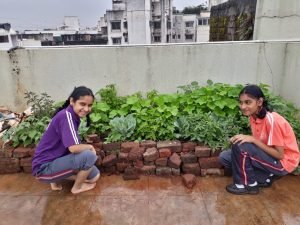 Garden set up in the school premises, uses nirmalya from 2000 households. Organic matter goes back to the soil, nourishing it. It reduces stress on the river. 2000 students get connected, 2000 households become aware of environmental issues. Students bring nirmalya bags to school. No separate transportation is required. Nirmalya ...
Read More How to Create Terrace Garden Without Soil, Garden Visit 2

Kirti Bhave, Prabhat Road, Pune Meet Kirti Bhave, a passionate gardener, mother of two energetic kids. It is not possible to make terrace garden on her apartment building. Hence, Kirti has set up her garden on the terrace in her mother’s building, who stays 4-5 buildings away. This is the ...
Read More

Mulching in open areas
I am sure you wi...
How to create terrace garden without soil, part 4
Bharati Barhate, Pun...
Creating a terrace garden in concrete jungle? Apprehensive? This blog will put a smile on your face.
Well, the thought of...

What we did in Pune city

How to Create Terrace Garden Without Soil, Garden Visit 1

Inspiration is all around us