Brown Leaf came into being in February 2016. Around same time, I created this website, www.brownleaf.org.

Now after two and half years, why am I exploring this option of membership website?

It is like subscribing to a magazine. One pays annual subscription and receives regular issue. Issue could be weekly, fortnightly or monthly. We keep receiving the magazine till our subscription lasts.

Only in this case what you will receive is 2 blogs a week.

Yes, I know what you might be wondering. Why to pay for blogs?

Yes, it is perfectly valid question. Answer is high quality content made available to you in a click.

First, I would like to explain what Brown Leaf is, why it came into being and why I wish to launch membership site.

I, Aditi Deodhar, started Brown Leaf in Pune in February 2016.

Then one day she came to me and told me it is really a large heap now, what to do with it.  I was clueless what to do with such a large heap of leaves. I realised, telling somebody not to burn leaves is not enough, we need to provide option.  I started inquiring on various whatsapp groups. One lady, Sujata Naphade, replied to me. She cultivates vegetables for 3 families in a patch of land near her house. She said she can accommodate all the leaves from my tree in her plot.

I collected leaves in gunny bags. She came in her car, took 5-6 gunny bags in first trip.

I got curious. What is commonly perceived as waste, was wanted by somebody. And that person took trouble of driving all the way to collect it.

I visited her plot to see what she does with dry leaves. What I saw was amazing. With Sujata, at her garden

Her plot used to be a dumping site for construction debris and hence lacked necessary organic matter. She needed to create soil layer on all that concrete. Buying that quantity of soil is very expensive and not viable. She creates organic matter using dry leaves. She needs dry leaves in large quantity and did not know where to get them. A glimpse of Sujata’s garden

Discussing this matter with other gardeners, I realised this was a challenge for many. In Pune city, there is a trend towards “Grow Your Own Food”. Many people are utilizing their terraces to cultivate vegetables, medicinal herbs and other plants. Not all of them have large trees that shed leaves. Getting dry leaves is a major problem for them.

I realised since we live in such a connected world, thanks to Internet, this can be achieved through an online forum. That is how I decided to create Brown Leaf website, facebook page and whatsapp group where people with availability and requirement can communicate and help each other.

I started Brown Leaf whatsapp group for Pune city. In the year 2017, this group exchanged more than 5000 gunny bags of dry leaves.

Imagine all those leaves, which would have been burnt or just dumped, went back to soil.

And then something unexpected happened.

Brown Leaf takers, who had collected leaves from Brown Leaf donors, began sharing pictures of their garden and garden produce as a “thank you”. Gardens blossomed on the compost prepared using those dry leaves.  Takers wanted to express gratitude towards donors who provided plastic-waste-free, dry leaves to them. Who took trouble of collecting dry leaves, segregating and packing them in gunny bags. It made taker’s life easy. It saved them lot of time.

What seemed a simple, causal thing, turned out to be a game changer.

Donors perception towards dry leaves gradually changed. The dry leaves, something they considered “waste”, was converted into beautiful gardens. And it was not jut theory. It was right there; the photographs were evidence enough.

Donors were curious, they asked questions, they wondered how takers do it, they visited takers gardens, started understanding the process. Experts, experienced gardeners on the group patiently answered all queries, provided pointers.

We lost many of our leaf donors.

Yes, you heard it right. We lost many of our donors and we are so happy about it.

Those donors became gardeners. They no longer wanted to give away their leaves. Instead they started mulching, they started composting.

And they always had fellow Brown Leaf members, to answer their queries, help them out if they were stuck, motivate them when produce was not as they expected.

Brown Leaf was no longer a mere leaf exchange forum now. It became a vibrant, collaborative community that shared knowledge, exchanged ideas, helped each other.

What I wish as a next step

Brown Leaf forum has helped change the perception towards dry leaves and it would continue to do so.

If we look around, we see destruction of natural resources, our cities are suffocating under piles of garbage, our rivers are chokes with waste, air is polluted.

It is said that “We do not inherit earth from our ancestors, we borrow it from our children”.

What kind of world are we leaving for our future generations?

Because unless we act, nothing is going to change.

I know, not everything is under our control. We do not decide policies, we cannot help how others behave.

And yet, there is LOT WE CAN DO.

We can prevent dry leaves burning in our premises, our society, our community. We can start that project we always dreamed of.

Do you know what is the most challenging thing for any project? “GETTING STARTED”. Yes, Believe me :-).

Fear of starting alone, concern of something going wrong is discouraging. Many of us wish to do many things, but unfortunately, they forever remain on the wish-list because we are too afraid to start.

And that’s where this membership site comes into picture.

Membership site will offer you various tried and tested solutions for your site and conditions. Fellow members will help you when you need support.

It will be a community like whatsapp group, but more focused, more motivated. It would be like “finding your tribe”.

How will I help you?

When you subscribe for paid membership, you will receive a form. In that form, through some questions, we will understand your condition, like no. of trees, your premises, amount of soil cover etc. Then we will provide you step-by-step process to manage dry leaves, specific to your condition.

We will share process, tips, schedules that will ensure success of your project.

We will provide complete support, answer your queries and help you when you are stuck.

Are you with me? So, do you wish to start a project? Then, Click the button below

I want to join paid membership 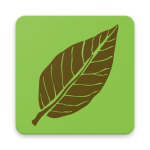 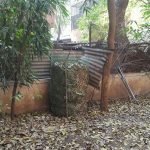 Vermi-composting: An amazing step by step guide for the beginners
All one needs is fir...
How to use dry leaves? COMPOST
In nature, processes...
Let's create a garbage-free world
I know, it is quite ...
Close Menu
×
×